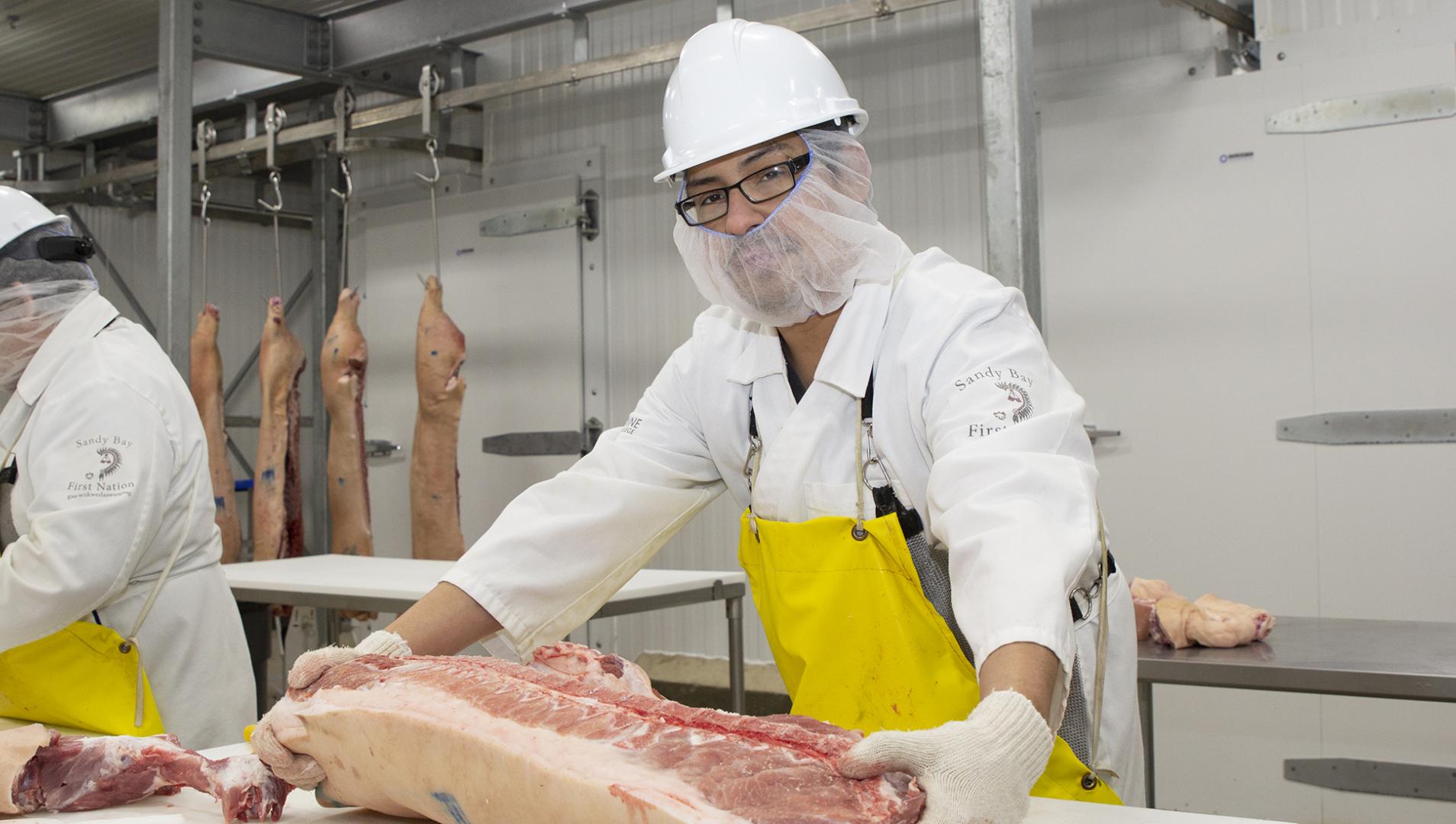 Learn specialized skills for all aspects of meat cutting, including processing and packaging.

This 11-month certificate prepares you for a cutting-edge career in Canada’s growing meat processing industry. Learn all aspects of the trade, including nutrition, safety, tools, workplace values and essential communication skills. Enjoy a newly built, modern teaching lab with all the trimmings. Develop skills in curing and smoking for all types of animal protein, including poultry, beef, pork, goat and lamb.

Do you agree with raising animals for meat and preparing them for human consumption? Do you like to work with your hands, enjoy physical labour, and are passionate about delivering high-quality goods and services? If yes, then this is the program for you. Expectations include having good manual dexterity, cooperating with others in a team environment, and being able to work in refrigerated environments for long periods. Small class sizes, dedicated instructors and industry connections will prepare you for a fulfilling career in meat cutting.

Connect with local employers through a 12-week work practicum. If you meet all employer criteria, you may make up to $6,900 during your work-integrated learning experience; plus, take advantage of additional employment opportunities while enrolled in this full-time program.

Rest assured, there is no shortage of work in this sector, and demand is high for skilled workers. After you graduate, you may be eligible to apply for a post-graduation work permit; if Immigration, Refugees and Citizenship Canada (IRCC) grants the permit, you may benefit from Assiniboine’s partnerships with industry employers. Your work experience, combined with your credentials and personal interest, may lead to career opportunities such as retail meat cutter, retail meat manager, plant manager, production supervisor and/or sales manager.

English is the language of instruction at Assiniboine. All applicants educated outside of Canada or in a country not on the test exempt list must meet the English language proficiency requirement. See assiniboine.net/elp for more information. IELTS score of 5.5 with no subscore less than 5.0 or equivalent is acceptable for this program.

Please note: Applicants must have good mental and physical health with the ability to lift 25 lbs from floor to shoulder and 40 lbs from knee to waist. They must be able to walk up and down stairs many times during the day, stand on concrete floors for approximately 8 hours per day and manage being in cold temperatures for extended periods of time, including going into a refrigerator and freezer.

If you do not meet these admission requirements, please visit assiniboine.net/international for more information.

Graduates of this program are eligible to receive credit in Assiniboine’s Culinary Arts and Hotel and Restaurant Management programs for the following certifications: Emergency First Aid, Fire Safety, FoodSafe, and WHMIS 1.

For this program, you are expected to have access to a computer at home. It should have a webcam, microphone and internet access to enable remote learning for the theory portions of your programs. 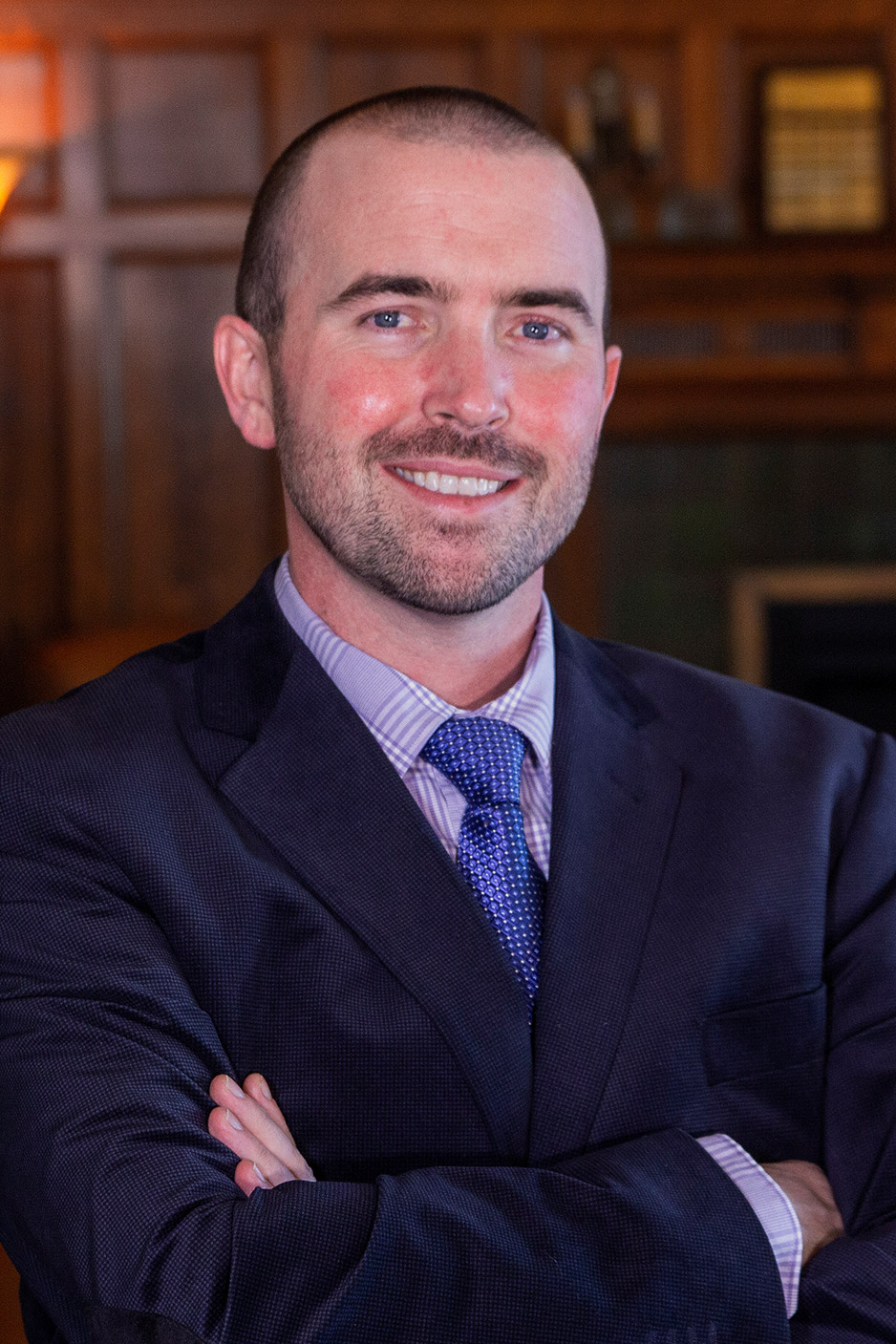 When he is not cooking or researching, Ryan enjoys travelling, photography, gardening, and spending time with his two pugs.

Leonard came to Assiniboine Community College in 2017, and taught Pork Processing at Sandy Bay First Nation for two-and-a-half years. During his time with Assiniboine College at Sandy Bay First Nation, he helped build the program from the ground up. This program did not exist in Manitoba, so Leonard was a trailblazer in developing the program and curriculum. In 2019, Leonard moved to the college's Victoria Avenue East campus, and designed and developed the highly acclaimed Food Processing (Animal Protein) Certificate Program.

Prior to that, Leonard worked in the meat industry for numerous decades as a Meat Manager for Canada Safeway, and a meat cutter for Heritage Co-op. While at Safeway, Leonard was training meat cutters for the company to be placed in other stores. In addition to his meat-cutting experience, Leonard graduated with a diploma in Food Services/Commercial Chef. Leonard is a passionate educator, and enjoys sharing his wealth of experience with students. He notes, "I’m proud to be part of the team at such a great college."

Leonard is involved with his local community hall where he puts on monthly suppers featuring different cultures. He is involved with the Minnedosa Rodeo Committee, and enjoys landscaping and cooking.

Jian Li Wu is an Instructor in the Food Processing (Animal Proteins) Program, at Assiniboine Community College. He has been engaged in progressive management for more than ten years, within a variety of sectors. Jian Li’s meat cutting skills were recognized in 2019 by the Canadian Professional Meat Cutter’s Association, with their national-level Award of Excellence. Jian Li attended the Meat Cutting Program at Assiniboine, graduating with honours, and later worked at Maple Leaf Foods as a Meat Cutter specializing in pork butchery and fabrication.