Captain of the Assiniboine Cougars’ Women’s Hockey team Mariah McCue will lead the team on their 2019-20 Finals Campaign in March to defend their American Collegiate Hockey Association (ACHA) Championship title.

McCue who will graduate from Assiniboine’s Practical Nursing diploma program in June this year is in her third season with the team, her second as Captain.

“It’s an honour to have the ‘C’. I’m a bit of the team Mom, I have everything in my bag. I’m there if the girls need help with anything,” said McCue.

“Sometimes it’s a lot to balance, but I love it, and I wouldn’t trade it for the world.”

McCue, like many players on the team, started playing hockey at five years old, initially as she tells it, to stand apart from her sisters.

“I wanted to be different from my sisters who figure skated, so my dad gave me hockey skates, and that was it.”

A key defender in the Cougars’ line up, McCue has always felt at home in the defensive zone working with fellow defenders and goalies to stem the opposition.

“I really enjoy working with the goalies. They can see the whole ice which allows them to provide advice and insight into how we can adjust our play.” 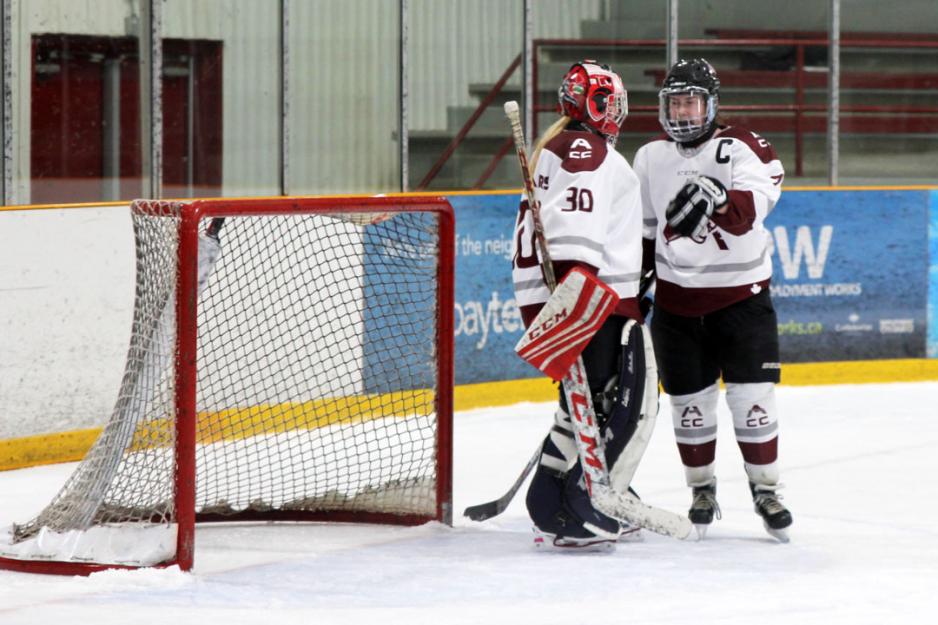 The Cougars’ line up experiences a higher rate of turnover than their university competitors due to many of Assiniboine’s student athletes only taking one to two years to complete their studies as opposed to other schools three and four year programs.

“I love how small and how supportive the school is. The team becomes so close during the season because of all the long road trips and the opportunities these give us to hang out and get to know one another.

“It’s family away from home,” she said.

With only a five league games left in the regular season, the Cougars have cemented their finals berth travelling through the regular ACHA season with an almost perfect scorecard of 15-0-0.

Don’t miss your chance to cheer on the Cougars at their next home game at 8 p.m. on Saturday, February 29, against North Dakota State University at the Brandon Sportsplex.

Assiniboine has received a major donation of $1 million from Sunrise Credit Union, the largest philanthropic donation in the college’s history, to support agricultural training opportunities at the... END_OF_DOCUMENT_TOKEN_TO_BE_REPLACED

Discover what info sessions are on this week at Assiniboine Join us at free information sessions designed to give you the inside scoop on our college, our programs and life at Assiniboine! Register in... END_OF_DOCUMENT_TOKEN_TO_BE_REPLACED

The MCAC met on Friday afternoon and made the decision that the full 2020-21 volleyball schedule can no longer be played. An alternate 12-game schedule starting in January has been created and a final... END_OF_DOCUMENT_TOKEN_TO_BE_REPLACED