Assiniboine Interactive Media Arts alumni, Dallas Flett and Taylor McArthur, have been working as freelance digital artists since graduation—often alongside one another. Their most recent career step comes with the Aabijijiwan New Media Lab, and will help them continue down a path of creativity, community and collaboration.

“It’s a little difficult to speak in broad strokes, because there’s a lot of variances in what we do project to project,” says Dallas Flett, Interactive Media Arts alumnus (class of ’17).

While McArthur and Flett didn’t attend college at the same time, the two met shortly after McArthur’s stint at Assiniboine in 2019, and have been collaborators and friends since.

They both graduated from Assiniboine’s Interactive Media Arts program, and first got the opportunity to work together on a digital exhibit with the Art Gallery of Southwestern Manitoba (AGSM). Following that, they became interns for the gallery.

“After that, everything just kind of took off, because all these other people from different places across Canada saw it,” said McArthur.

One of their more recent career developments, being invited to become artists in residence at the newly opened Aabijijiwan New Media Lab in Winnipeg, came after executive director, Dr. Julie Nagam, Director of the Lab, saw their work at the AGSM in 2019.

As affiliated artists with the Lab, they receive full use of the space and its equipment to work on their independent projects alongside a requirement to teach two workshops.

“I looked at their equipment list and started to try to generate some ideas of what I could try and do. I want to see about making an interactive livestream, where if someone comments on the livestream, that maybe impacts whatever game is being shown off,” said Flett.

“When it comes to my art practice, I am really into interactions and conversations between the developer and the person playing whatever has been developed. Being able to explore that through livestream would be super cool.”

McArthur would also like to use the opportunity with Aabijijiwan to pursue areas of art she hasn’t tipped her toes into yet.

“Right now, I’ve been liking a lot of the AI (artificial intelligence) art that’s being generated, so I guess that’s something that I want to do. It’s something that’s outside of my comfort zone and something I don’t know anything about, so I think that’s the perfect opportunity to try and learn something new.”

Through the workshop component of the residency, the two are able to introduce interactive design software and techniques to people who sit where they once did.

“It’s nice to meet new faces that way and show them, this is how you use software for your own purposes. Definitely part of the spirit that Taylor and I have is a real sense of collaboration,” said Flett.

“We like working with other people and we’re excited about the idea of maybe five years in the future there’s a dozen more Dallas and Taylors who we could potentially work with. So, we try to do workshops to create more people like us, because this stuff is so cool and there are pathways open.”

This spirit of collaboration, community and mentorship seems necessary to succeed in this artistic field.

Prior to their current residency, they both had the opportunity to attend ImageNATIVE, an Indigenous arts festival, to provide an opportunity for networking.

“It’s important to get your practice and name out there, so it was cool being there. There were people I talked to whose artwork I’ve looked at and thought it was amazing, and they’re like ‘Oh, I’ve seen your stuff. I follow you on Instagram – it’s really cool work that you do.’ And then you’re almost in shock that other people view you that way,” said McArthur.

This sort of connection has not only been important in furthering their own careers and work, but is a concept, Flett says, they’ll harness in their work with Aabijijiwan and beyond.

“That space is also comprised of friendly faces that are really supportive, so I think we also want to occupy that space to continue fostering that network of Indigenous creatives who are working on their own project and goals,” he said.

“We want to go there to expand our network, expand our ideas, work on projects that are cool to us and let it be known that that’s a space for creativity, and could help other people expand their networks.”

As for working as self-employed artists, neither Flett or McArthur seem to flinch at the potential uncertainty of it. So far, they say, work has been steady.

“It seems like we kind of do one project and after that’s finished and put out there, other people see and hear and then reach out to us like, ‘Hey, would you be interested in this project? We’ve seen the work that you’ve done on this other project here and we think you’d be a good fit’. And it almost kind of keeps snowballing after that. That’s how it’s been lately,” said McArthur.

Flett jokes about tax season being a bit confusing and admits that there can be lulls between projects, but in his experience they’re more at risk of over-committing.

“There can also be times where it’s sort of explosive after that lull ends and there’s suddenly three or four opportunities that arise and you have to juggle them.”

Because many of these projects rely on funding applications, he says, he may commit to four projects and have only one or two come to fruition. But sometimes, they all come together.

Both Flett and McArthur have some potential projects in the pipeline outside of their work with Aabijijiwan, but are focused and grateful for the opportunity.

“It’s the same reason that Taylor and I were able to get where we are today – opportunities that hadn’t existed suddenly appeared. Even if temporary, they’re super helpful for people who are wanting to advance their careers in the creative fields. Taylor and I are where we are right now because we took an opportunity that arose in Brandon. That was a stepping stone to help us build our network and get our names out there,” said Flett.

“I think it’s cool too, because it’s one of a kind, like it’s the only one in Canada. It’s very cool for a lot of emerging digital artists to come to the space,” said McArthur. “Seriously all of it just feels like a dream. Sometimes it doesn’t feel real that it’s all happening.”

Aabijijiwan New Media Lab houses four digital media labs each with a specific production focus – sound, projection, virtual reality (VR), animation and video – and a collaborative interactive studio space for engagement between these mediums, as well as a collaborative space for workshops, intergenerational gatherings, dialogues, and work with older media, such as sewing, caribou hide tufting, beading, and other materials. Grounded in Indigenous ways of being in relation – with other people, with the land, and with non-human entities.

When she tells people she’s enrolled at Assiniboine Community College to become an electrician, Hailey Burghart has received some interested looks. “I have to laugh at everyone’s expressions,” said... END_OF_DOCUMENT_TOKEN_TO_BE_REPLACED 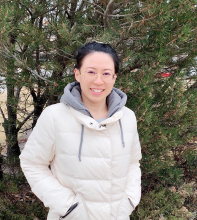 I’m loving my time at Assiniboine because it provides me with an opportunity to improve myself. I am learning new knowledge every day, whether academic or practical; it has made me feel fulfilled. I... END_OF_DOCUMENT_TOKEN_TO_BE_REPLACED

Cougar women’s soccer has added Kelowna, BC product, Jaspreet Virk to the 2022 roster. Virk is a first generation Canadian having been born in Vancouver shortly after her parents immigrated from India... END_OF_DOCUMENT_TOKEN_TO_BE_REPLACED