Large majority of Assiniboine grads have jobs, stay in Manitoba

The overwhelming majority of recent Assiniboine Community College graduates are living and working in Manitoba, according to the college’s annual graduate satisfaction & employment survey results, which were released today. 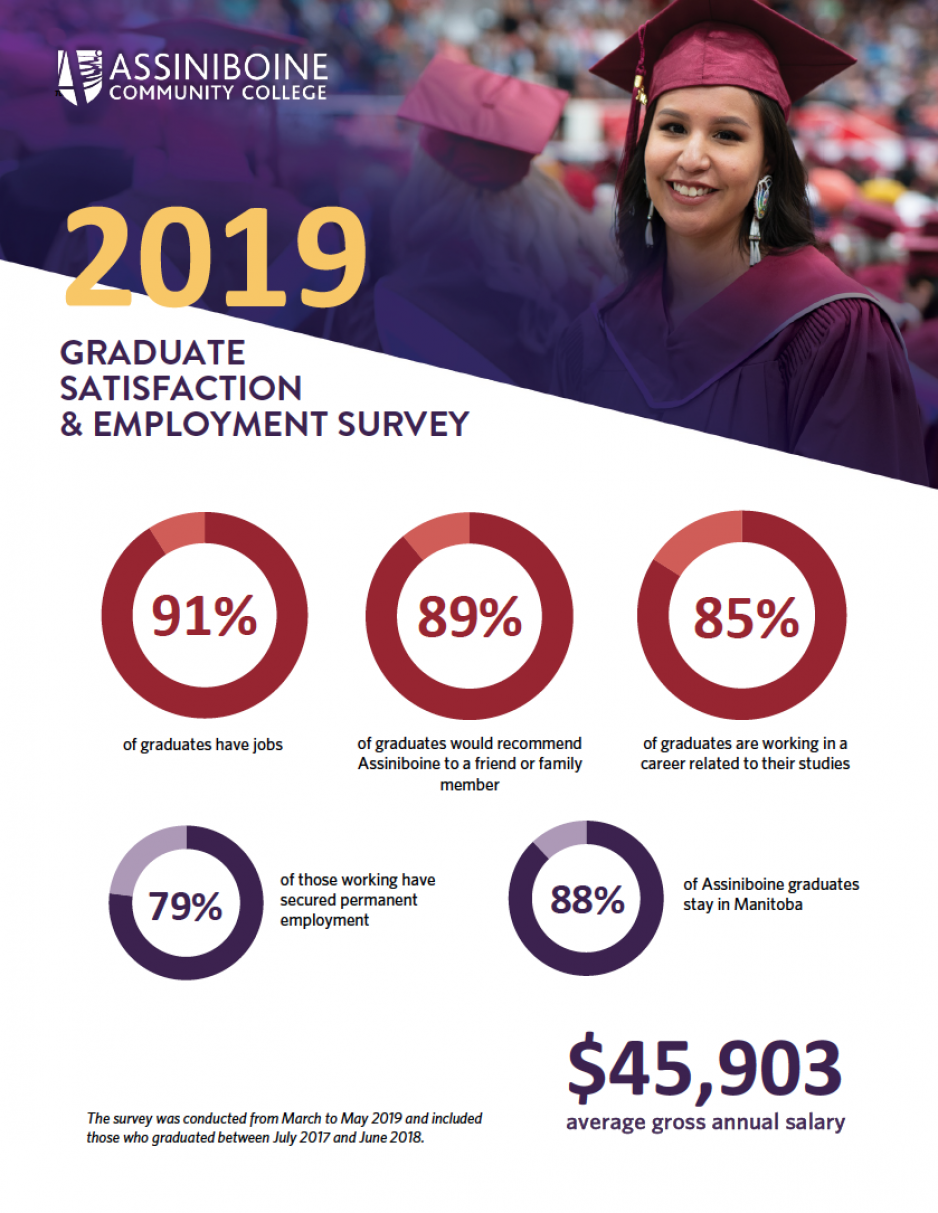 “As a college, we strive to offer programs that provide graduates with clear pathways into the labour market,” said Assiniboine president Mark Frison. “We have seen interprovincial migratory losses in Manitoba for the past three decades, so it’s good news to see that 88 per cent of recent Assiniboine graduates remain and work in the province following their studies.”

Frison pointed to the college’s stated goal of graduating 2,028 graduates by 2028 to help address Manitoba’s lagging post-secondary attainment rates. This past academic year, close to 1,400 individuals graduated from Assiniboine, an increase of 45 per cent since 2013.

“Being that it’s national small business week, it’s timely that we recognize the impact that college graduates have choosing to stay and work in Manitoba,” added Frison.

Surveys consistently show that the number one issue for small businesses is attracting and retaining employees. We recognize Assiniboine has an important role to play meeting employer needs with skilled graduates who are ready to work.

The average recent Assiniboine graduate makes an annual salary of nearly $46,000. Almost 9 out of 10 would recommend Assiniboine to a friend or family member.

The survey was conducted earlier this year by Insightrix Research and included responses from those who graduated in the previous academic year, between July 2017 and June 2018.

This month, many students are beginning or returning to their studies at Assiniboine Community College. For 49 Practical Nursing graduates in Brandon and Winnipeg, they’re celebrating the completion... END_OF_DOCUMENT_TOKEN_TO_BE_REPLACED

More than 1300 graduate from Assiniboine today

More than 1,300 individuals from across 63 certificate, diploma, apprenticeship, and advanced diploma programs will be recognized as graduates from Assiniboine Community College this afternoon at the college’s largest ceremony of the year. END_OF_DOCUMENT_TOKEN_TO_BE_REPLACED

Students will no longer have to pay a $95 fee to apply to the Adult Collegiate operated by Assiniboine Community College. END_OF_DOCUMENT_TOKEN_TO_BE_REPLACED