Michael Thompson is creating the life he wants in part thanks to the support of the McDonald’s bursary.

While working for a company that was hired to provide hospital patients companionship during their stay, Michael Thompson realized he was meant to work in health care.

“Through that exposure I just saw the health care field, and I liked what I saw.”

After growing up in Brandon, he graduated from the CHCA program in 2011. Wanting to continue to challenge himself and grow his career within the health care field, he pursued a few different channels, between focusing on nursing then medicine at Brandon University then University of Manitoba. After some family loss and illness put a speed bump in this path, when Michael’s Dad passed away in 2016, he moved back to Brandon and ultimately took a break from school.

“I tried going back to school and wasn’t quite ready for it,” he said. “There was a point there where I had accepted that Dad was gone and life was different. I accepted that, but I hadn’t come to terms with it.”

“By the time that I did come to terms with it, it was too late in the school season and my grades weren’t doing so great. So I just finished off and thought, ‘I’m not going to pursue this for now.’”

He continued to work as a Health Care Aide and eventually decided he was ready to get back to his education, confident he could enhance his contribution to the field as a nurse.

“I guess it was being inspired by what I was seeing, wanting to do more and contribute more. Be more challenged with jobs and skills,” he said of the choice to take the leap into nursing. He says his return to school, revisiting Assiniboine and enrolling in the Practical Nursing program, worked both in timing and in education approach, noting the college’s hands-on approach.

“The timing is better for me at this point. The teaching style is focused around the student,” he said. “I can have difficulties concentrating­­—jiggling and clicking pens and not focusing. The learning platform is more my style.”

The McDonald’s Bursary was started by a local franchise owner after a McDonald’s employee completed the Practical Nursing program through substantial personal commitments. The award will now go to a Practical Nursing student who emulates the determination of this alum.

“It was so helpful. It was great to receive that. It was a blessing and much appreciated,” Michael said of the award.

Since dad passed there isn’t really anyone in the parental figure to sign for loans, lines of credit and that sort of stuff. My mom does what she can but there are limited funds available for that, so the award really helped take a lot off my plate for the first little bit of tuition.

“It kind of frees up money for the next term and having to deal with life. It made that transition from working to student life much easier.”

As he works through his first year in the program, Michael has his sights set on a long nursing career where he’ll continue to push himself.

“I used to work in emergency as an aide. I’ve worked on surgery floors and those are pretty interesting so maybe something along those lines. Something more intensive.”

School of Nursing announce One to Watch Award winners

Assiniboine is proud to announce the School of Nursing 2020 One to Watch award recipients. “We are extremely proud of our graduates, and I specifically note their important roles on the frontline of... END_OF_DOCUMENT_TOKEN_TO_BE_REPLACED

Get to know Crystal Buhler 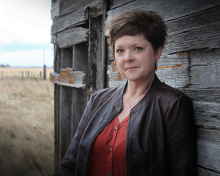 Get to know Crystal Buhler, BAccS.,CPA, CGA, CIRP, LIT who studied Business Administration (‘00) at Assiniboine and is currently self-employed at C. Buhler & Associates Ltd. as President and a... END_OF_DOCUMENT_TOKEN_TO_BE_REPLACED

Social media is gaining prominence among farmers, offering a medium for connecting with fellow producers that J&L Seeds owner Jamie Hodson said is “slowly coming to fruition.” Operating out of a... END_OF_DOCUMENT_TOKEN_TO_BE_REPLACED