The Applied Plumbing Installation program began in January 2019 and was open to First Nations and Métis students from in and around the Parkland region. Assiniboine is a national leader in community-based program delivery, and programs like this allow the college to offer opportunities close to home for Indigenous learners while responding to Manitoba’s labour needs.

One plumbing graduate, Charlie McKay, has observed a need for Indigenous plumbers.

“On the reserve, there are not many plumbers and plumbers outside the community are very busy,” said McKay.

McKay has worked in home renovations for many years and first saw the demand from that perspective, noting that he was often waiting for a plumber for weeks to finish jobs.

McKay, along with several others in his class returned to school as mature students after decades outside of a classroom setting.

When asked about the biggest challenge in the program, McKay responded, “Sitting in a classroom for six hours a day.”

Fellow graduate, Wesley Pelletier, also saw his age as a hurdle, even before starting the program.

Outside of this internal monologue, Pelletier had a couple other challenges: he had never graduated high school and he’d recently been severely injured in a car accident resulting in physical limitations. It turns out, these challenges doubled as good reasons to take the leap and go back to school.

The program format kicked off with six months of preparation in the form of condensed high school courses. All students participated in the preparation courses and students like Pelletier, who did not previously have a high school diploma, graduated with their Mature Student High School diploma as well.

“As a result of my accident I knew I wouldn’t be able to work at my previous job for a while, so instead of just wasting the year, I thought there was an opportunity for me, if anything, to get my grade 12 education and the plumbing certificate as well.”

Aside from the satisfaction of completing the program and receiving his certificate, McKay says, he enjoyed the return to learning.

The whole learning process I found rewarding — learning and then asking questions. I enjoyed all of it.

Valedictorian of the class, Clarence Catcheway, echoed these thoughts.

“What I enjoyed was finding out about all the work that’s involved in piping. There’s a lot of science. It’s quite a bit of work to know,” said Catcheway.

In their coursework, Catcheway and McKay said that science gave them quite a challenge. Pelletier battled against math and also looks back on the learning experience as positive.

While overcoming personal challenges including the physical limitations from his accident and maintaining newfound sobriety, all while returning to the classroom after decades away, Pelletier’s favourite takeaway from the program was “knowing that you can go through some really tough times and you can fight back and make good if it.”

Throughout the last year, the graduates say they created relationships with one another, their instructors and coaches, which was evident in their camaraderie throughout the afternoon of the ceremony.

“We all helped each other and that was a bonus,” said McKay. As one of the mature students in the class, he said he enjoyed pushing one another through the difficult periods and motivating the younger students to keep going.

“After being in class with them for the length of time we were in there, I can consider them friends now,” said Pelletier of his classmates.

Job Coach for the program, Jessica Houle, created a slideshow for the graduation ceremony with photos and highlights from the year, including the class’s field trip to Brandon to tour the Len Evans Centre for Trades & Technology.

“There’s a lot of memories,” said Catcheway. “It was a small class so we got to know each other really good and help each other out when we were stuck or somebody wanted to vent.”

The curriculum for the Applied Plumbing Installation program was accredited by Apprenticeship Manitoba to provide credit for Level 1 plumbing apprenticeship in-school technical training. Graduates who received their certificate will also be eligible for the next steps of apprenticeship.

While Pelletier continues to recover physically from his accident, he will consider his now expanded options afforded by his Mature Student High School diploma.

McKay plans to continue on with the plumbing trade, looking to be brought on somewhere locally as a plumbing apprentice so he can continue through his levels.

Catcheway plans to do the same, with his sights set on eventually going into business with a friend who’s a journeyman plumber looking to do work in First Nations communities.

Now, perhaps more than ever, our world needs skilled health care providers, those willing and able to provide care, compassion and support to individuals when they need it most. If you’re looking for... END_OF_DOCUMENT_TOKEN_TO_BE_REPLACED

Cougars Jafet Sandoval is the MCAC Male Athlete of the Week

In a season where goals have been hard to come by, Assiniboine Community College Cougars (ACC) Cougars played their best match of the season and found the back of the net in week five of the 2021... END_OF_DOCUMENT_TOKEN_TO_BE_REPLACED 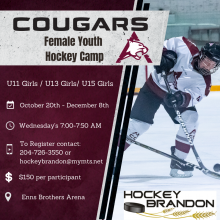