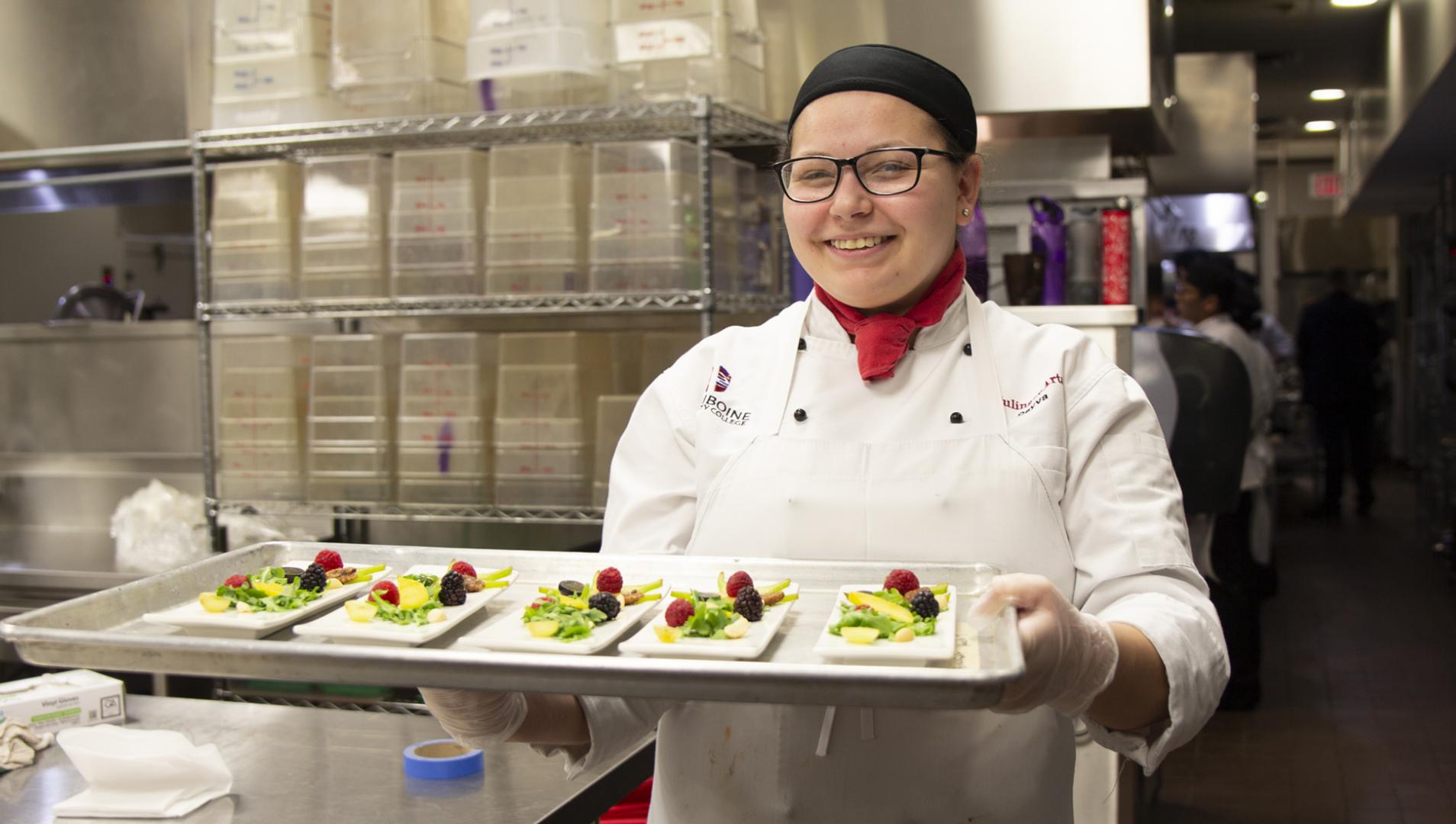 Indulge your creativity and rise to the challenge in this demanding trade program. Take on the full menu of food preparation, including nutrition, presentation and international cuisine.

This two-year program brings you into the kitchen with everything you need to start your culinary career. In and out of the classroom, you will work closely with instructors through industry-based competitions, community projects and events. After graduation, you may be granted Level 1 and 2 towards becoming a Red Seal Chef once you register as an apprentice.

Follow your taste buds to the Manitoba Institute of Culinary Arts at our North Hill campus in Brandon. Campus grounds overlook the river valley below. The beautiful heritage building features a spacious modern teaching kitchen, culinary theatre and a 60-seat dining room.

You will research and plan menus for buffets, banquets, festivals and other events that you and your team will put on throughout the year. Distinctive ingredients that you help choose will need special culinary touches, and you will learn the techniques you need to bring them to mouth-watering reality.

Help host some of Brandon’s best annual events, including the popular Great Grey Owl Restaurant and the new Farewell to Fall. You will be a public face of college-grown food as you work side-by-side with students from other programs. Showcase the tasty side of sustainability as part of a field to fork approach you can be proud of.

**As part of the college’s multiyear plan and commitment to improving the student experience, this program is under review. Program changes may occur for 2022-23.**

English is the language of instruction at Assiniboine. All applicants educated outside of Canada or in a country not on the test exempt list are expected to meet the English language proficiency requirement. See assiniboine.net/elp for more information.

Please use the Program Application Checklist - Culinary Arts to help you submit a complete application.

Program requirements include participating in live restaurant and event operations outside of the typical day schedule and include early mornings, evenings and weekend hours. Alcohol and a variety of culinary traditions are part of the program.

If you are an international applicant, please read our Helpful Information for International Applicants prior to applying to this program.

Graduates are employed as chefs in hotels, restaurants, resorts, institutional kitchens and catering companies. Graduates enjoy opportunities for advancement, as the food service industry tends to promote from within.

Graduates who register as an apprentice within two years of completing the program may be granted credit for both Level 1 and Level 2 cook in-school technical training.

Assiniboine has a number of agreements with other colleges, universities and professional organizations, making it possible for students to apply credit taken at Assiniboine to programs at other institutions. For up-to-date information on agreements, visit our Articulation Agreements page.

This program features a state-of-the-art teaching kitchen, elegant Great Grey Owl dining room and culinary theatre all located in the beautiful heritage building shared with the Hotel and Restaurant Management program. Together these students gain hands-on experience by hosting a variety of events that are open to the community.

Culinary Arts is a very practical program in which many skills are developed in the kitchen. With the large component of applied learning, the cost of textbooks is very minimal.

Students in this program are required to bring their own laptop for use on-campus. The laptop must meet the technical needs outlined by the program. Refer to assiniboine.net/tech for detailed information.

To graduate with a Culinary Arts diploma, students must successfully complete 135 credits. The minimum passing grade for each course is indicated on the course outline. Course offerings are subject to change and may vary by intake. 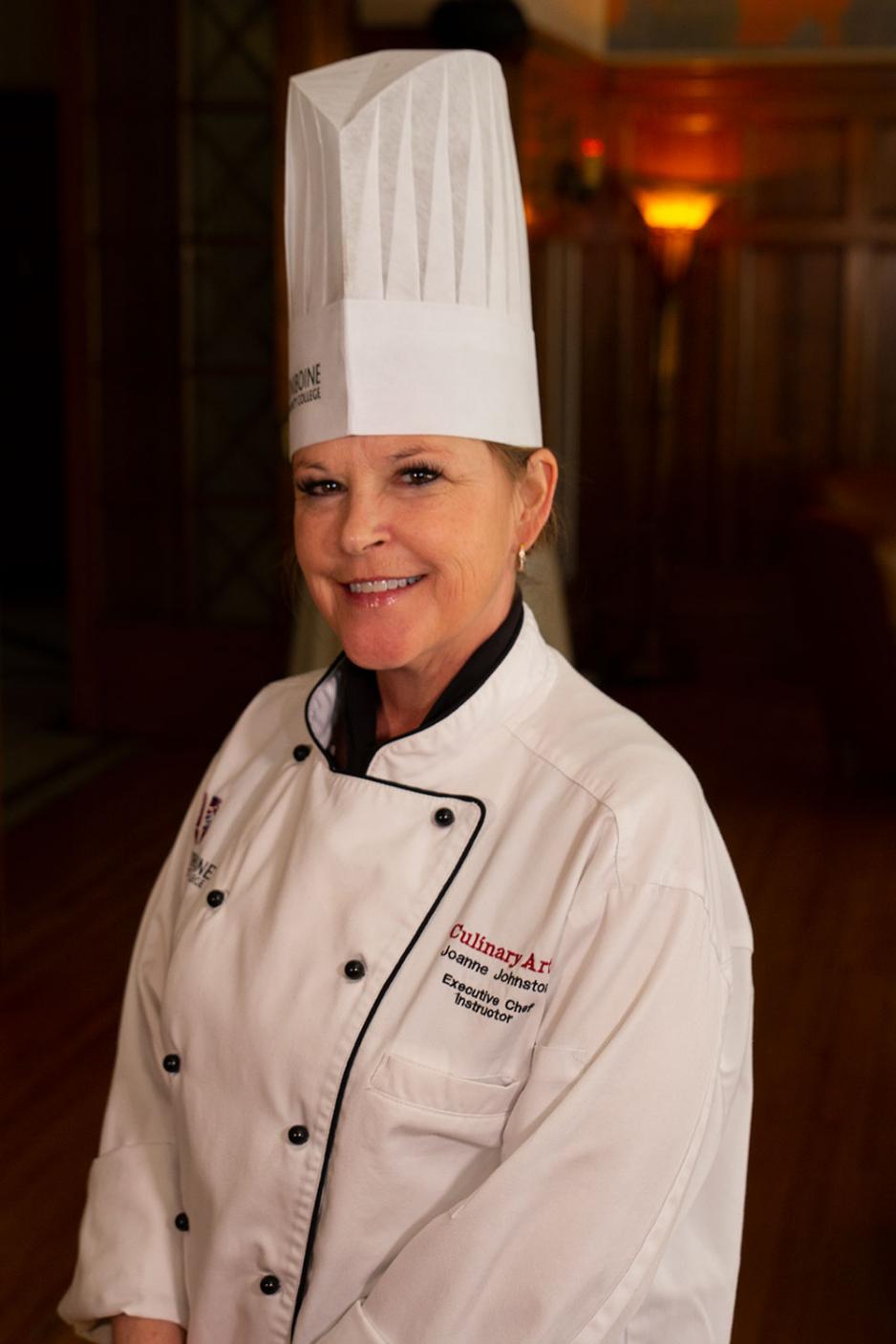 Chef Joanne Johnston, Culinary and Patisserie Arts Instructor at the Manitoba Institute of Culinary Arts of Assiniboine in Brandon, MB received her baking certificate from Red River Community Colleges in Winnipeg, MB followed by her Red Seal cooking certification with Manitoba Apprenticeship. Joanne’s career as a culinary educator spans over two decades in the Province of Manitoba. She spent nine years as a vocational culinary teacher at Swan Valley Regional Secondary School before joining the college. Joanne has been instructing at Assiniboine for 19 years, where she instructs patisserie and cooking principles to post-secondary learners.

Chef Johnston actively promotes sustainability through her teaching and enjoys interacting with the Horticultural & Sustainable Foods programs at ACC to develop and grow local products that are used by her students in the teaching kitchen for curriculum and public events. Joanne continually strives to strengthen her skills by participating in patisserie specialty courses across North America with world-class patisserie chefs. She enjoys sharing her skills with her students and challenging them to move to the "next level" in the teaching kitchen.

Outside of the teaching kitchen, Joanne enjoys interest in painting, gardening and fishing. 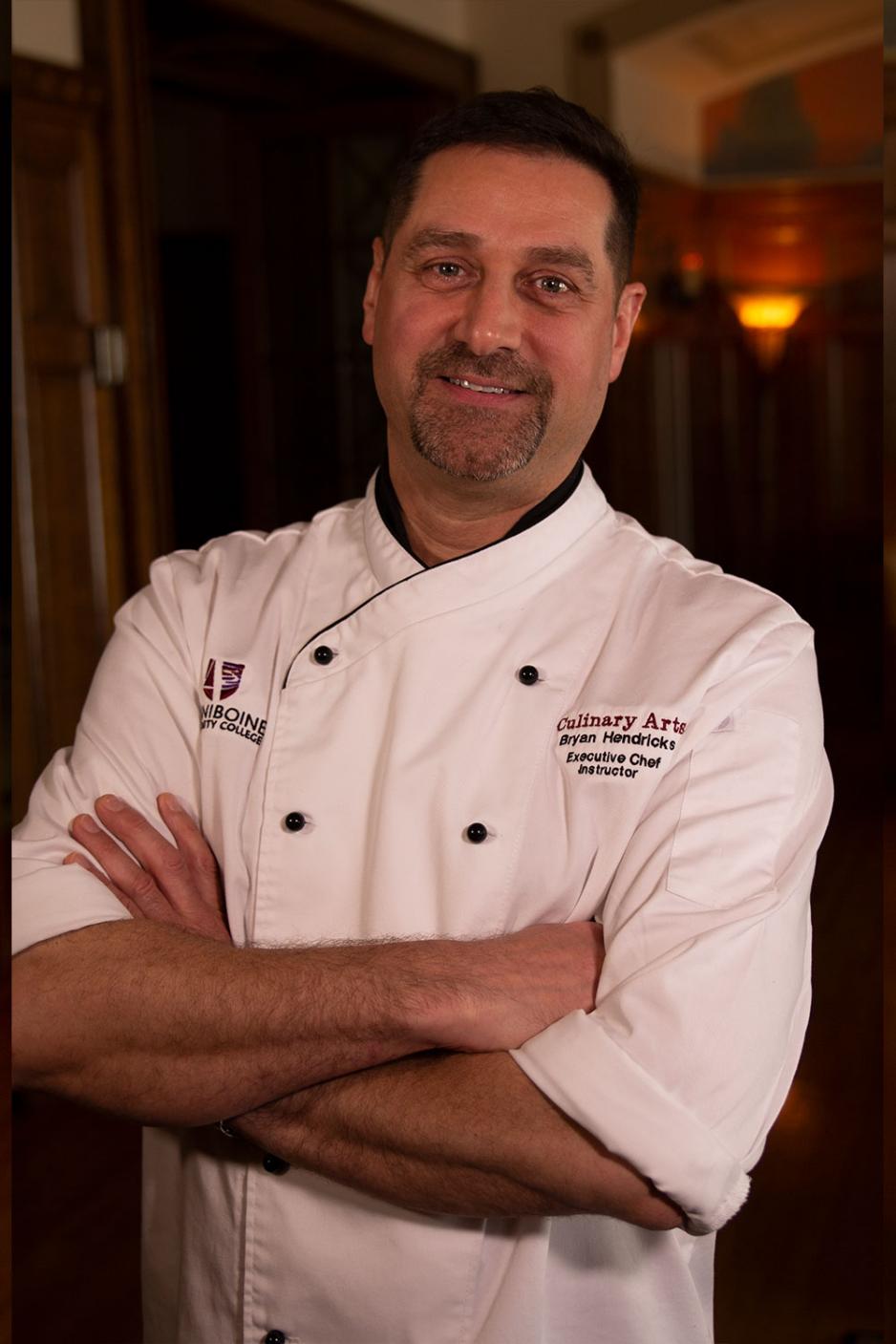 Born and raised on the Prairies, Chef Hendricks knew since he was a young boy that he would become a chef. This desire has never left, and has driven Bryan to push my career in directions he would not have dreamed possible. Growing up on a farm in Saskatchewan instilled in him the importance of agriculture, and of the people who work the land to the benefit of the local economy. In Manitoba, it is important for chefs to take advantage of these doorstep opportunities and employ them in their kitchens. The Field to Fork Research Cluster at Assiniboine is a great example of just that.

Having lived over 20 years in northern Saskatchewan in the community of Lac La Ronge, Bryan also had the opportunity to work with Indigenous communities throughout the north. Based on their teachings, Chef Hendricks now forages for boreal gifts such as juniper berries and spruce buds to use in the kitchens at the college's Manitoba Institute of Culinary Arts (MICA).

Chef Hendricks' great appreciation for the seasons and the outdoors has given him countless opportunities to camp, kayak, snowshoe, cycle, and simply to travel and explore our great provinces. 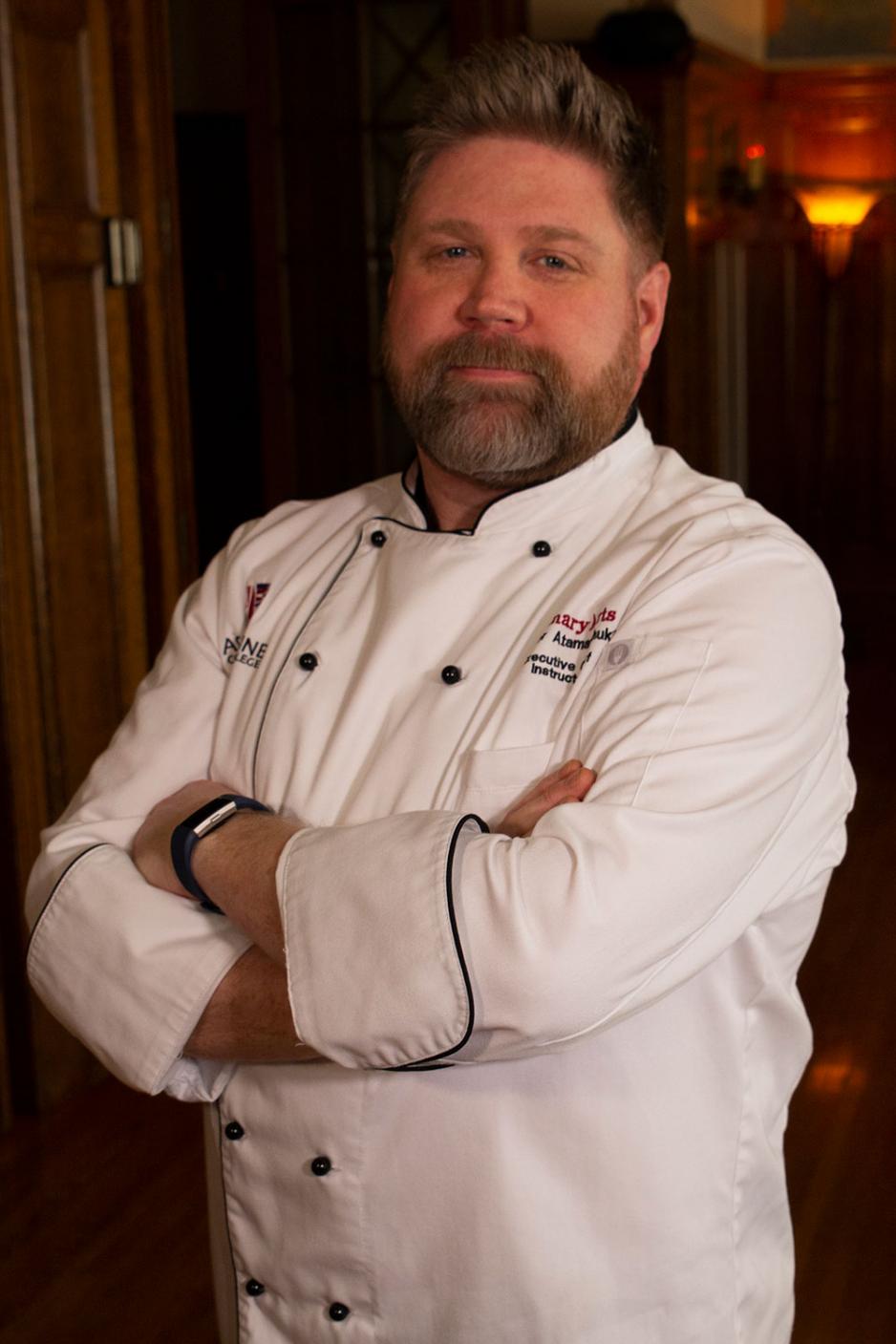 Graduating from the very first professional cooking program offered at ACC back in 96’-97’ lead to a prestige 15-year career with Fairmont Hotel & Resorts. Trevor attained his Journeyman-Red Seal cooks' certificate from SAIT (Southern Alberta Institute of Technology – Calgary), while cooking through the ranks at the Banff Springs Hotel. Promotions also took him to Chateau Lake Louise and Scottsdale Arizona, holding positions as Banquet Chef, Restaurant Chef and Chef de Cuisine. He was also an Executive Sous Chef in Winnipeg and Executive Chef in Kelowna, BC. His culinary adventures lead him back to Calgary to an Executive Chef position at the Palace Theatre by Concorde Entertainment Group, and then as Banquet Chef at Calgary Sports & Entertainment Corporation (Calgary Flames Saddledome).

Returning back to his hometown, Trevor joined Assiniboine as a Culinary Instructor with MICA. Chef Atamanchuk notes, “I believe that not only do I have a passion for food, I have the desire and drive to be creative, to inspire the next generation of Culinary Students, and to look forward giving back to my community in the most adventurous way…through food! Never trust a skinny Chef!” 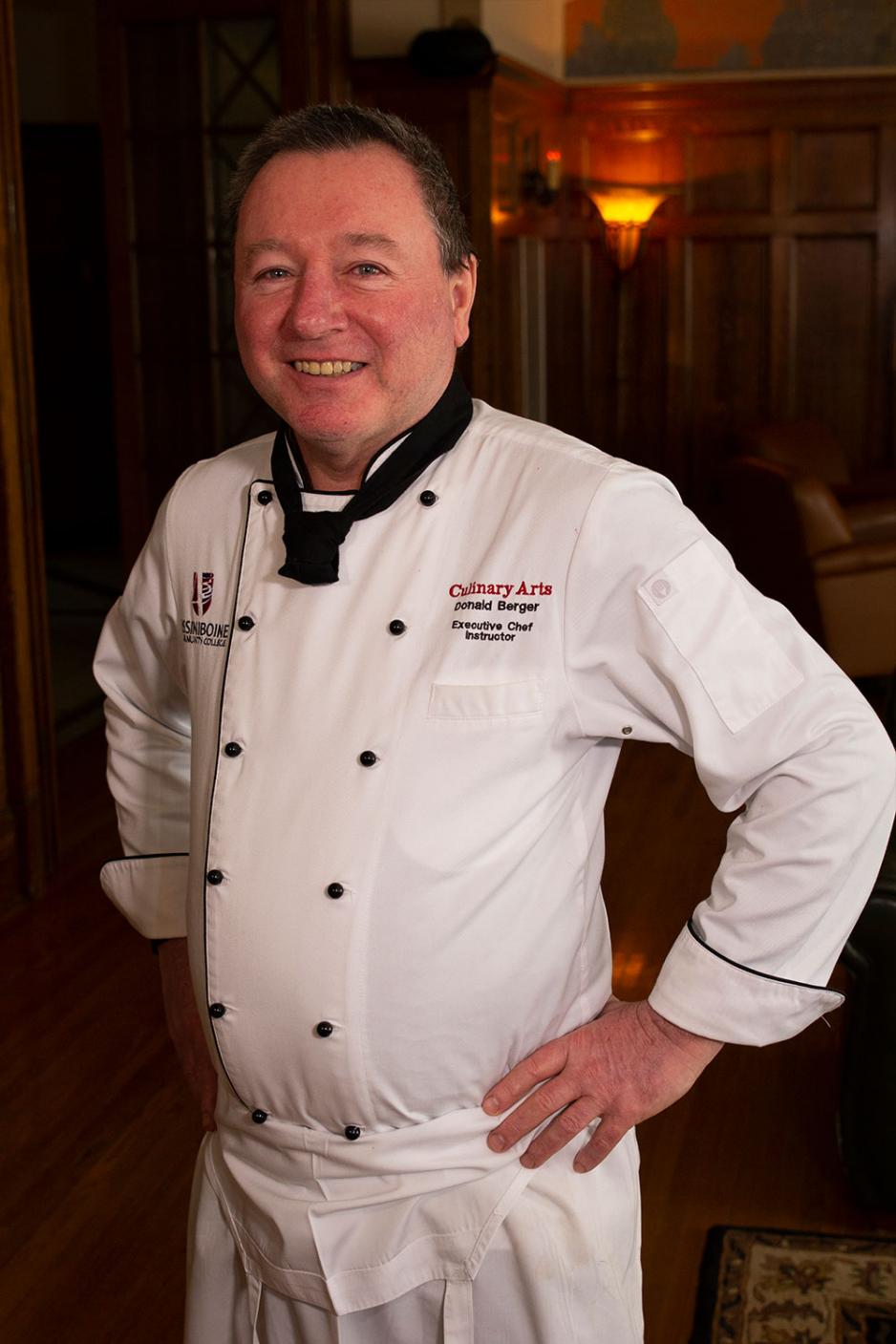 Chef Berger's culinary expertise has taken him across the world! Before joining Assiniboine as an Instructor, Culinary Arts, Chef Berger worked in numerous high profile hotels and restaurants. Immediately prior to joining Assiniboine, he was the Chef owner of Don's Bistro in Vietnam. Don's Bistro was recognized with many accolades, including 50 Best Restaurants in Asia, and received First Place in Vietnam by Diners Club. Before this, he was the Executive Chef at the Shanghai American Club and Tokyo Capital Club, Opening Executive Chef at the prestigious Ritz Carlton Hong Kong, Executive Sous Chef of the Ritz Carlton Laguna Niguel California, Opening Chef of the Ritz Carlton in San Francisco. He also worked in Monte Carlo with Alain Ducasse, at the 3 Michelin star Louis XV Hotel De Paris, as well as in Milan Italy at the 3 star Gualtiero Marchesi. Before leaving for Europe, Chef Berger was Banquet Chef at The Four Season’s Hotel in Newport Beach California, as well as working in Hawaii at the Mauna Kea Beach Resort, The Los Angeles Century Plaza and Towers, and The Westin Calgary.

Chef Berger has earned many honours and accolades, including the Award of Merit from Escoffier Society, member Disciples d' Escoffier. He was Co-Chairman of the International Wine Challenge, and was on the Founding Board of the Shanghai Chef’s Association and Shanghai Chaine des Rotisseurs where he was the Conseiller Culinaire, Commanderie De Bordeaux, Hanoi. 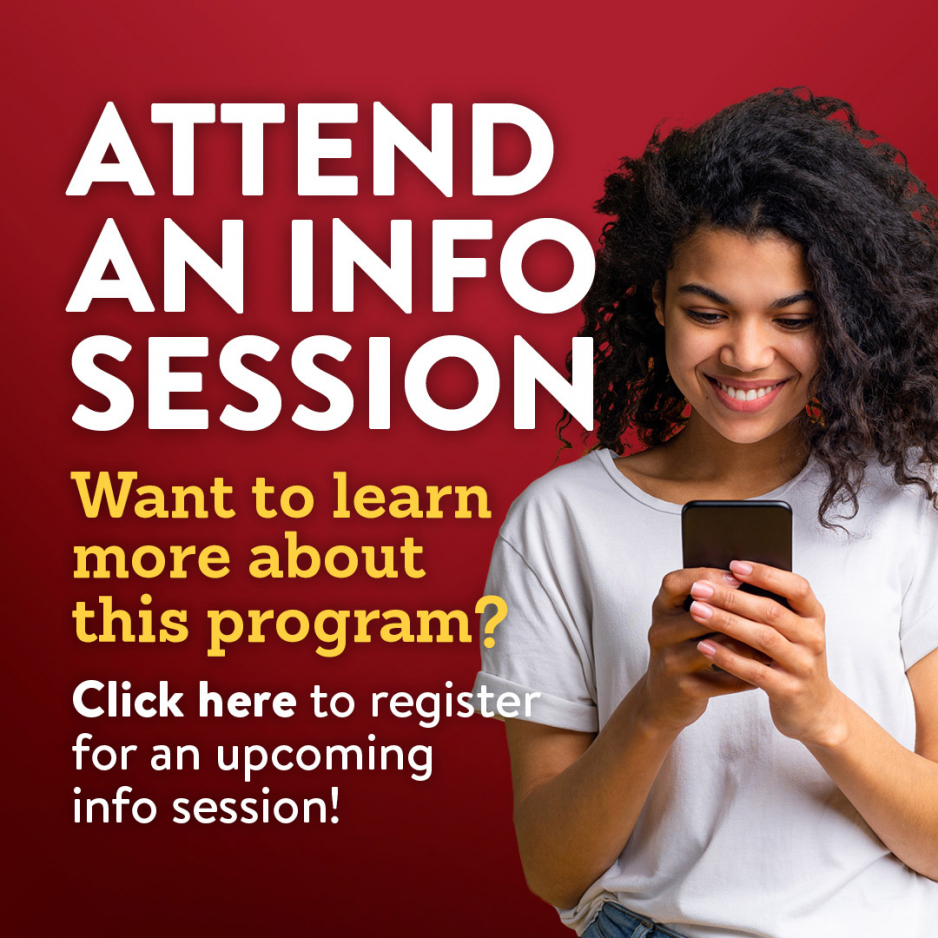